El Calafate, named after the plant, or vice versa?

In Calafate I did the standard trip to the Perito Moreno. AL though packed with people and expensive it was still worth the trip, its an impressive glacier. I walked al the paths near the glacier and climbed the fence for a quick closer look of the ice. Afterwards I went up the mountain on the pininsula for a view on the glacier from above, during the climb I started to understand the name of Calafate… I had to wrestle myself to lots of these prickly bushes. From the top of the mountain the view on the glacier and the other mountains was impressive.

After I came back from the glacier I went for a run, on the way with the bus I had seen some flamingo’s in the lake and I wanted to see them from up close. I arrived at he correct spot, but most flamingo’s had gone, there were still about 10. The pink of the flamingo’s looked great with the pink of the sky.

In the evening I cooked some asian food for Jessica and me. Spicy this time, Argentinans can’t handle spica, but she was from Mexico so spicy was not an issue.

The next day me, Jessica and 4 dogs went to cerro calefate. A nice hike, good fews and nice weather. On the way we saw a couple of preditor birds, eagles and a condor came flying over to check on us. Later near the top a condor was sitting and looking at us while we climbed up, we could get quite close before he did spread his wings and took of.

From Calefate Jessica and me went hitchhiking to Puerto Natales, by doing some tricks, lifting her up, her sitting on my back and that kind of stuff, we managed to get a ride quite quickly. After that we got another ride to the boarder with Chile and in no mans land we were picked up for the third time for a ride to Puerto Natales. 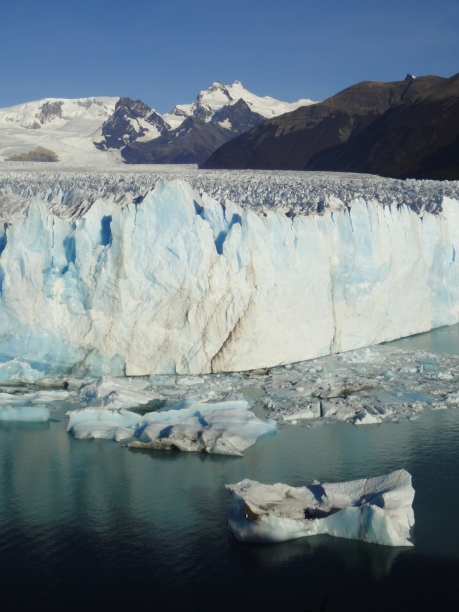 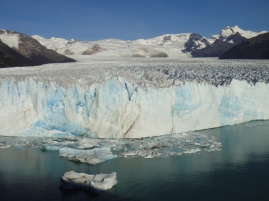 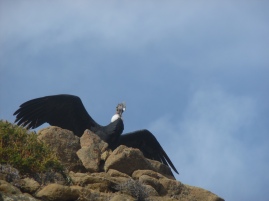